There are many different types of desks that are available to you in today’s market. Different desks have different functions and it is important to get the right desk to suit the purpose and the layout of the company. You also want to think about the configuration of the desks, for example many organisations place their desks in “cluster” configurations as it is easier to communicate with one another.  Below is a list of the different types of desks that are on the market at the moment:

Corner/Radial desk – This is a desk most commonly used in offices as it has a return part to the desk that enables it to extend the work area. These desks can either be left handed or right handed depending on the user’s preference and can be used by themselves our placed together to form a cluster. To form a cluster you need two left and two right handed desks placed opposite each other in the configuration below: 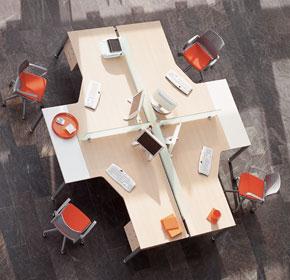 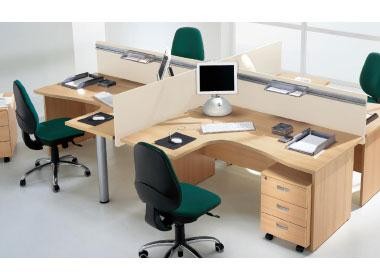 Straight desks – These are simply desks that are usually between 1200mm x 800mm to 1600mm x 800mm. Sizes can vary however all have a simple rectangular desktop.

Executive desks – These are the high end type of desks usually used for management. They usually have a more curved shape and are usually made to stand alone. Optional extras such as meeting ends can be added to these desks to enlarge the workspace. You can often find these desks available in a number of rich finishes and the desktops are usually thicker and can be veneered. Below are some pictures of different types of executive desks. 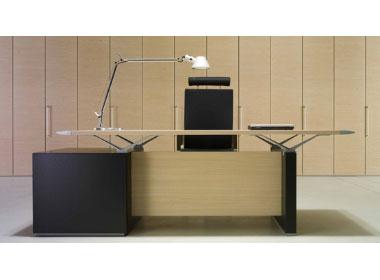 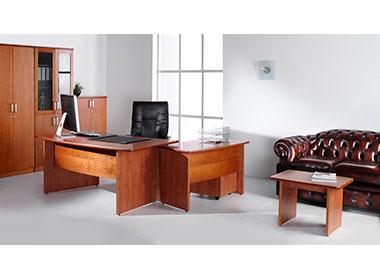 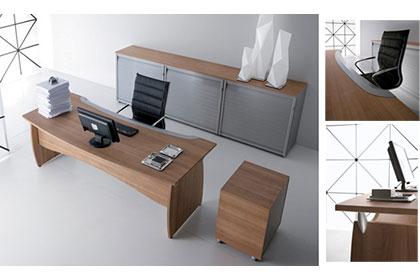 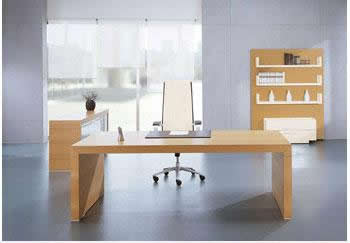 Wave desks – Similar to the corner desks, wave desks are left and right handed. The orientation will largely dependent on whether the user is left or right handed, but these desks can be used as stand-alone desks or put into a configuration similar to the corner desks. The difference between the wave desks compared to the radial desk is that the desktop is slightly curved at one end to enlarge the workspace. Below are some examples of wave desks: 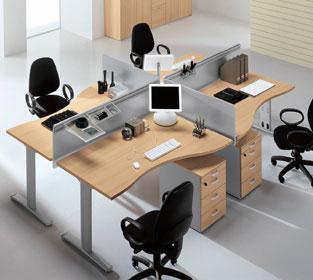 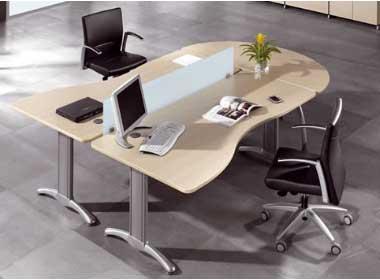 Bench Systems – These systems are effectively a group of desks that share the same frame. Usually used in call centres or open plan offices, these desks are design to give the office a modern feel. The benefits to these benches are that they can be easily extend, there aren’t as many legs, they tend to be cheaper than separate desks and the cable management systems can be shared. Below are some examples of bench systems: 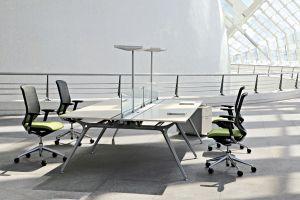 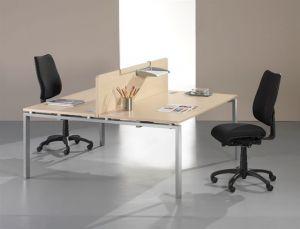 Height adjustable desks - As per the title these are desks that adjust in height. These desks are commonly used in studios or where there are a few people using them. The added value of these desks is that they are DDA compliant. As well as this they are normally always straight desks. Below are some examples of these types of desks: 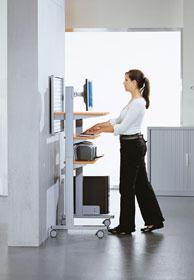 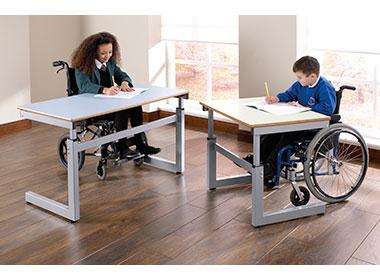 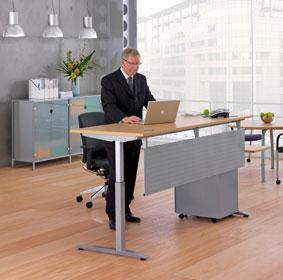 Glass desks – As you can guess from the title these desks have a glass table top. Usually used in executive offices these desks have a very contemporary feel, however can be used as home office furniture or operator desking. Always made from tempered glass and usually a straight desk, however some of these desks have a bow fronted option. Below are some examples of this type of desking: 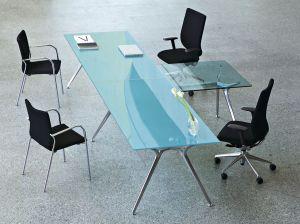 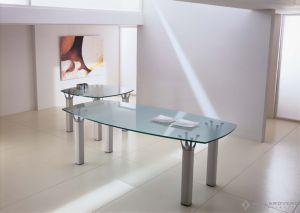 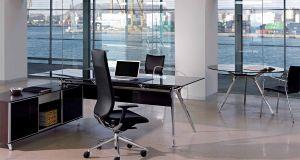 It is not just the style of desks and the layout that you need to consider. It has become the law that an office must provide reasonable access for disabled people in an office. Failing to do so may result in a disabled person taking legal action against you. Usually it is the reception desk in an office that is DDA compliant; however you may have to make sure that certain desks are designed for disabled people to use.

Not only this, but the Disabled Discrimination Act also requires that you have rounded corners on the desk for safety and that the surface of the desk is non-reflective.