Googles new HQ costs 1 billion pounds but is it enough to tempt people back in to the office?

If you have been anywhere near Kings Cross train station, London in the last few years you would have noticed the towering cranes and hoarding boards running a lengthy gauntlet alongside the railway lines.

With space for more than 4000 employees, a rooftop garden, basketball courts, swimming pools and a running track it has been dubbed by locals as a 'landscraper’ for being as long as a skyscraper is tall. In fact, Google's new HQ is longer than the Shard is tall.

But with the majority of Google's workforce working remotely will all the Google perks be enough to entice the workforce (Googlers) from their homes to their new landscraper headquarters? Google think so, and their workforce will certainly want to experience this long-awaited building of the future.

The Future of Buildings – Landscrapers

Designed by Heatherwick Studio, Google’s landscraper will be one of the first of its kind in the world and will set a precedence for buildings of the future. These types of horizontal skyscrapers could represent a shift in the places where people work. 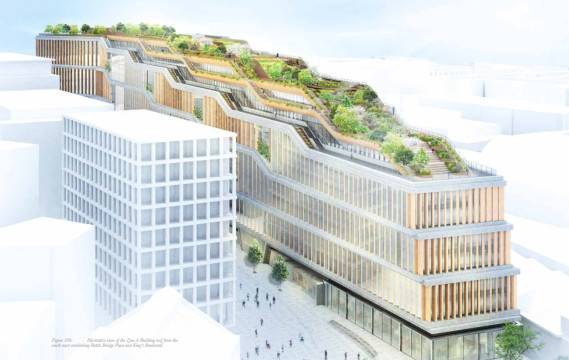 Amy Webb is an American futurist, and she forecasts more landscrapers to emerge where there is sufficient space in built-up areas and outside of cities. Longer low-rise buildings would make it easier for drones to ‘buzz overhead to deliver goods and perform services.

Future employees might move around landscrapers on elevators that zoom back and forward laterally, not up and down, she notes. This technology already exists in Germany where elevators can move up, down, sideways and diagonally – controlled by magnetic levitation.

The Impact of the Pandemic

Work started on Google new HQ in 2018 at a cool cost of around a billion pounds. The impact of the pandemic has delayed the construction process and has hit smaller business such as coffee shops around the regenerated Kings Cross area. Footfall, construction workers and the cranes are now slowly getting back to life again.

But a lot has changed since 2018. The pandemic has reshaped our working practices and hybrid working has emerged. This was not anticipated when Google originally signed the lease.

Will Google be worried about spending I billion on a landscraper when the majority of their workforce are working from home? It’s doubtful because everything about this new landmark landscraper supports hybrid working and is essentially future-proofed for flexible working practices.

"We believe that the future of work is flexibility,"

"Whilst the majority of our UK employees want to be on-site some of the time, they also want the flexibility of working from home a couple of days a week. Some of our people will want to be fully remote. Our future UK workplace has room for all of those possibilities."

Google are confident that its tech workers, who have been keen to work from home, will soon want to move back to the office – at least if only a few days a week. Google have confirmed that they will be creating more flexible working spaces for teams rather than busy floorplans. 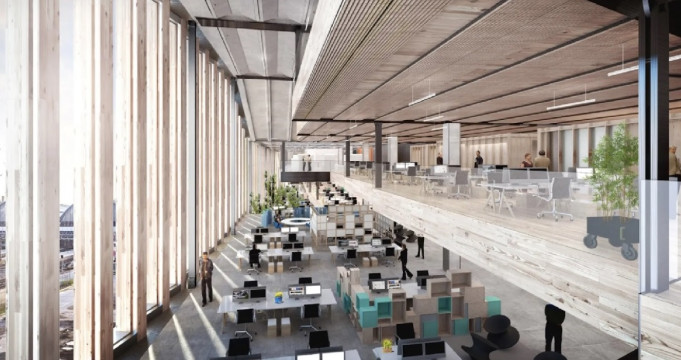 It’s clear that Google offers a certain working environment that cannot easily be replicated by other companies who often look through the Google glass windows with a hint of envy. ‘Why can’t our offices be like Googles?’ ‘Working at Google looks like so much fun, I would love to work there’ We are often bombarded with Instagramable offices and quirky beach huts for meeting rooms but it must be said that the Google effect does not work for every company and can be detrimental to office design overall.

The Google Effect on Office Design – The Bad

Jeremy Myerson is an office design expert and he states that the Google effect in the workplace and the fad for slides and ping pong tables have had a damaging impact on the workplace. Myerson said the tech giant’s influence had been ‘detrimental’ to good workplace design and the trend for treating offices as playgrounds is a ‘very bad idea’.

The Google approach is “right for their own company”, Myerson said, but “each company needs its own fit between the physical infrastructure of the office and their own organisational culture”.

Myerson raises a valid point because the ‘we want to be like Google’ phrase has often been heard by architects and interior designers and it doesn’t always work. In fact, a visiting Google lecturer Fredrick Ost said that “the famous slides at Google’s campus in California were disliked by many Google employees because it ruins your clothes and new employees who use it usually scream on the way down” – annoying for anyone nearby with a stack of work to get through!

The Google Effect on Office Design – The Good

Google offices are not all about slides and ping pong tables and there is reasoning and science behind their quirky take on workspace design. Ultimately, Google aims to ‘create the happiest, most productive workplace in the world’ and here’s how they do it:

Collaboration – Those Who Sit Together, Work Together.

Studies have shown that workplace design that encourages collaborative working increase productivity by 15%. Contrary to old fashioned office structures designed by hierarchy (management on upper floors and juniors on the lower floors) studies show that it is necessary for all people of all levels to work together to create and share information.

Here at Office Reality, we have seen a huge shift in companies procuring furniture to support collaborative working practices, bringing in acoustic booths like the colab sofa, stream acoustic booth and agile worktables such as the Fay worktable or Crew Bench Breakout sets..

Wherever Google decides to build their offices they claim to make no part of the office any further than 150 feet from food. Whether there is a restaurant, coffee lounge or cafeteria, employees are encouraged to snack more, chat more leading to more engaging and inspiring conversations. 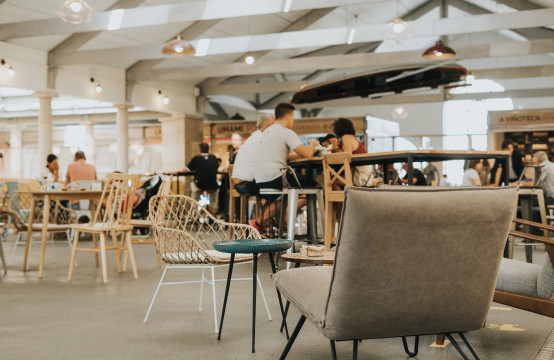 Google also offer their staff free food and have canteens that offer a delicious array of foods bringing workers together in ways that are more informal than regular meetings. You can even learn to cook when you work at Google, what a fun way to meet people from different departments.

Companies who want to follow Google's lead may want to think about revamping their canteens and dining hubs to a relaxing destination rather than a place just to eat.

It’s clear that Google will continue to support their employees who want to work remotely or from home. They have made significant changes to their policies and these changes will result in a workforce where around 60% of Googlers are coming together in the office a few days a week, another 20% are working in new office locations, and 20% are working from home.

With these points taken on board and Google's worldwide appeal it seems unlikely their new HQ at Kings Cross will sit empty, once it is completed in 2024. Although we have faced some huge changes to our working practices over the last few years Google is confident that they will be welcoming their teams back, sooner rather than later.