Office games are a great way to bring people together. They help to break down barriers and allow colleagues to meet on a different level.

With people adopting a hybrid working model and workplaces having more free space office games have become popular over the past twelve months. Below we look at three trending office games and how to play them.

If you want to do it competitively, each team has a scorekeeper, who keeps track of how many times the ball gets back to their side in the quickest amount of time.

Each time a player returns the ball and it hits the ground on their side, they get one point, and the other team gets 0. 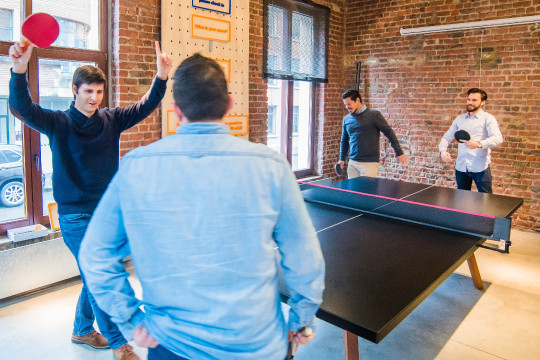 Contentious points (where the ball seems to have gone off on either side or where the ball was seemingly returned in an unconventional way) can be viewed via video camera. The winner is then decided, and everyone goes home happy!

If you're looking for some competitive indoor fun for your office team this spring, Speed Ping Pong may be up your alley!

Giant Jenga is a fun game that people can play in groups. It involves taking turns pulling out and balancing blocks on top of a tower, and if it falls, you lose.

The person who sets up the tower chooses which colour they want to start with. The person who goes first then takes a piece of their colour and places it on the bottom of the tower.

After each person takes a turn, the next person to go can either choose to pull a block from the top, or from somewhere in the middle. They can also choose to place it on top of the tower or somewhere in between.

If you choose to pull from the middle, you decide how many spaces you want to move it towards the top or bottom of the tower. You cannot place a block that will cause the tower to fall. When you're done, you say "next" and it's someone else's turn. 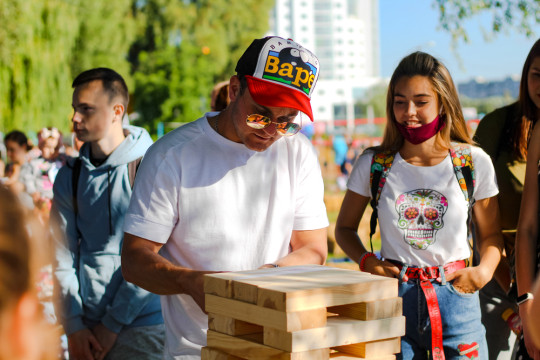 Melon Toss is a game that is traditionally played in outside space such as a field of green grass.

There are two teams lined up on opposite sides of the field. Each team has one player, who will throw a melon into the opposing team's side of the field. They then try to capture as many melons as they can within the time limit, which is thirty seconds. If a player manages to collect three consecutive melons, they win the game.

Each team has an "alley" in their side of the field, within which they can leave their melons and run back to score them again. When all melons have been scored, the game ends. To play, you need multiple players and at least two lawnmowers, but don't worry; you probably already have both of those! 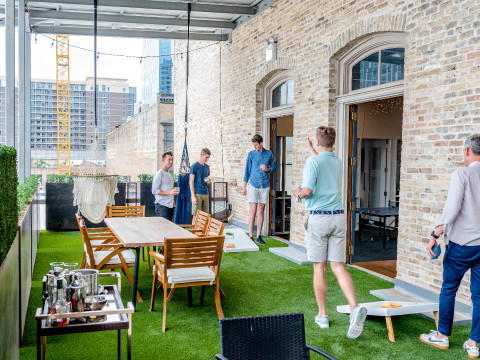 In summary, when people in the office are out to have a good time, it removes that “I just have a job” attitude. It makes people actually want to be at work because they know that they don't need to focus all their energy on accomplishing the tasks at hand.

It brings them together, making them feel like a team and less like coworkers. Finding games that allow people from different departments or positions to play together is key as well. For example, workers who regularly travel can bond with those who never do. Salespeople will love going up against accountants during ping pong. The possibilities are endless!