The Minehead Raft Race - An Adventure to Remember Part 2

So there we were out at sea, the waves were extremely choppy and our raft was causing us to move up and down interrupting our row. We had taken a less direct route as we were advised to and to not to keep to the curvature of the coast. This would have normally have been fine if it was a calm day but the waves were big and with every wave that hit us we would be being forced backwards a little. Despite this, we were making distance but by no means fast.

There were many disadvantages with the design of our raft; however there was one advantage that was quite clear. The durability and strength of our raft really helped is when battling the waves. We could see others struggling in the distance but we kept going, even when the last boat behind us eventually gave in and was towed ahead of us.

So we were last… Our spirits were dampened, but we had not set out to win, but just finish. We estimated that we had been on the water for about an hour. All rafts had been towed to the distance in front of us and we had had the RNLI twice come up to us asking if we wanted to be towed ahead, but both times we gratefully declined. There was no sign of Channel4’s team, only a few dots in the distance and the sea was getting worse.

Up and down, up and down. The waves slapped the front and side with water even splashing and hit those at the back in the face. All of a sudden we found ourselves being hit by a large wave to the right hand side that was so big it caused a large amount of water to collect in the foot wells. Our raft was tipping to the right and we frantically did everything we could to get the water out (the half milk bottles that we cut to shape made fine scoops!).

It was at this moment, the RNLI who had kept their eye on us had to intervene. Their boat was parked right in front because we refused to get towed! Even at this point we refused to give up. We had no choice unfortunately and were forced to clamber upon the lifeboat and have our raft towed behind us. Well that’s what we thought.

As soon as everyone was on board and the boat was attached we began heading for the finish, but something was wrong, we were not moving fast at all. We looked back only to find that our raft was sinking! The power from the boat had forced the nose down and the foot wells all began to fill up with water and it wasn’t long before the life guards gave up on towing the raft as it was acting like an anchor being pulled through the water!

After dropping the rope we headed for sure, with the boat bouncing up and down with those at the front being thrown around we heard one of the lifeguards say “You had been out there for an hour and a half and if the sea hadn’t been this choppy, you probably would have made it”.

Some words of encouragement was well received “Even some of the better rafts didn’t make it!” and sure enough as we pulled into Minehead we saw one of the, what was thought of as the better rafts, broken in the water.

“The crew of the Apollo 13 have made it safely back” the tannoy announced. We couldn’t help but laugh as this was read out and I am pretty sure that some of the crowd found this funny too, as Apollo 13 lived up to its name!

Over an hour had passed and while we shared our sea stories we looked into the distance and could see a lifeboat struggling pulling something behind it. Sure enough it was our raft upside down! 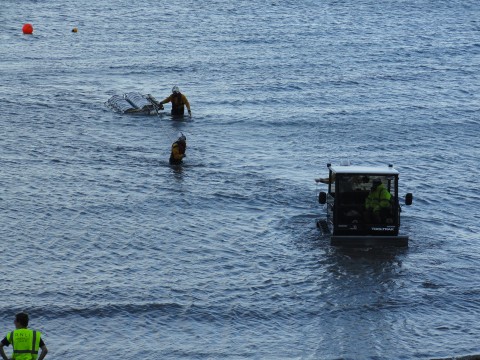 As the lifeboat brought our raft in to our amazement it was intact! Not one of the poly chairs had broken even whilst being dragged under the water and dragged along the sand. So all in all the raft race was a great experience with a lot of lessons learnt which we will be taking on board for next year! 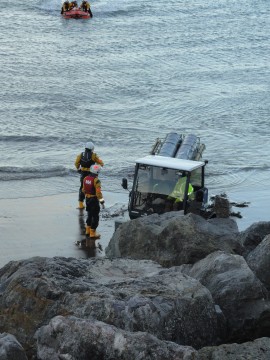 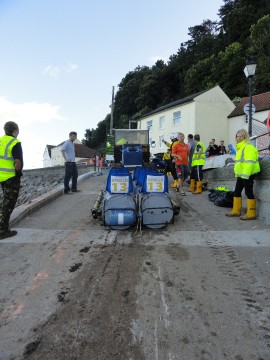 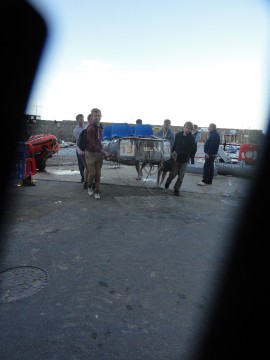