Back to Case Studies
Xi

Fiit was founded in 2017 by three friends with a vision to make the world’s best fitness classes accessible to everyone. Fiit works through an app and behind the scenes are in house DJs, developers and data scientists creating online workouts that pushes fitness to the next level.

Fiit is based at Here East a media complex located in East London, built specifically for the London Olympics which now houses several creative and dynamic offices and studios from fashion labels to technology startups.

During the lockdown and through 2020 Fiit played an important role in people’s lives keeping them happy and healthy. The online home fitness industry hit a record high as many gyms were forced to close forcing people to work out at home. Fiit then emerged as one of the leading players and partnered with Sky and Amazon bringing them one step closer to helping more people stay fit and motivated from their homes.

What was the problem?

Fiits open plan office experienced a rise in noise levels which was fast becoming an issue and having a negative impact on meetings. They came to us because they were looking for acoustic meeting pods and booths to improve the acoustics within their open plan office space.

What did we supply?

Fiit needed a large acoustic meeting pod where they could carry out meetings without being exposed to the noise of the main office. The Mod Edge pod was the ideal solution because it’s been designed and manufactured to a high specification and has been rated to 36Db (decibels). The Mod Edge pod has a solid framework and comes with an infra-red LED lighting strip as standard.

Fiit also wanted a place where their employees could take mobile phone calls without disturbing the rest of the team so decided to introduce an acoustic phone booth, also from the Mod Edge range.

What was the result?

From the first meeting within the meeting booth, excess noise was no longer a problem which in turn improved the overall meeting experience. In addition, people that would usually take private calls on their mobiles now had a place to go which meant they were not distracting or disturbing other staff members which had a positive effect. 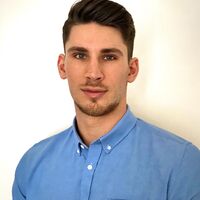 " As everyone returned to work in the office after the lockdowns, we realized that the quality and efficiency of our meetings declined due to office chatter. We have an open plan office with lots of space, thus we decided to look for acoustic / soundproof meeting pods and booths to give both privacy and reduce the noise during important meetings. From first contact, to seeing the showroom, to finalizing the drawings and designs, the process was as smooth as can be. Kudos to the installation team who made our lives easy by putting everything in place on the day and tackling any unforeseen issues that arose with professionalism. The noise in the office has reduced greatly and Fiit employees can have meetings with the right amount of peace and privacy. We honestly couldn't be happier."